As you know, for several months, we have been supporting a guest/refugee as part of the Merrimack Valley Interfaith Sanctuary Network. It would be gracious and thoughtful if Temple members could invite Marius to join you and/or your family at events you may be planning—a fall hike, a walk on the boardwalk, a foliage ride, a game of soccer, a lesson from him in drumming, dinner with friends, coffee.... Share your small pleasures with someone far from home and his own family.

They’re caging people down there.
​
At first, that was all I could take in. I had stopped on the Paso del Norte Bridge, walking from Ciudad Juarez into El Paso. The sun was bright on the heads and backs of people being herded into white vans with green Customs & Border Patrol (CBP) logos. It traced the thin metal of the fence that separated the waiting from those who’d been slated for removal. I realized, horrified, that there were hundreds of people inside that fence. I saw a baby on a mother’s shoulder as she shifted her weight slowly from foot to foot; a young man sleeping sitting up on the lap of an older man —  is father? — who held him tenderly and draped a jacket over the young man’s torso; another man with a deep, hacking cough. A small shade tent stretched from the CBP building nearby, within the fencing. The air was heavy with dust and sorrow.

It was Wednesday, March 27th. I was one of 20 rabbis and cantors, assembled by T’ruah: The Rabbinic Call for Human Rights and the Hebrew Immigrant Aid Society (HIAS), to witness and report on the border. A few hours earlier, CBP Commissioner Kevin McAleenan (now ICE’s acting director) had held a press conference at the same spot. Photographer Justin Hamel told us that when protesters held up signs and yelled to the migrants, “No son solos” — “You are not alone” — the crowd had erupted, shouting defiance and strength.

In his press conference, McAleenan had repeated the trope of “illegal immigration,” which the Trump administration has weaponized. But the migrants I saw on this trip — detained here, and in Otero County Processing Center, and in Mexico with numbers on their wrists, waiting the 45 days to cross the border for a hearing — were enacting their legal right to seek safety for themselves and their families. There is no illegal way to seek asylum.

Nobody walks for six months through cartel-controlled Central American territories for fun or profit. Families are fleeing terror and persecution. As McAleenan spoke to the cameras, not the humans yards away, I locked eyes in Ciudad Juarez’s migrant shelter Casa del Migrante with Sofia, a Jewish Honduran nurse who’d come to the border with her 13-year-old son. She asked who we were, and in my passable Spanish I explained. “Shalom!” she smiled. Expensive medical equipment had been stolen from the government hospital where she worked; she’d reported it, and the Honduran government had persecuted her. She’d taken her boy and ran. “He’ll miss his bar mitzvah,” she said ruefully. Two older sons remained behind. I asked her if she’d crossed the border yet. No, she said. She had a number. She was waiting.

A single streetcar line, a social and economic artery, connected the El Paso/Ciudad Juarez metropolis until 1974. Now the area is drawn and quartered by the border wall and the bridges. As I stood looking down at the mass of people below, my hands hooked in the grating in unconscious imitation of theirs, I thought of water. The way it flows, when it can, through time-worn channels. The El Paso border needs flows of people the way it needs the flow of water. Workers used to come up for a short time, then return home; cross-border family visits that took just hours, now require days. In the desert, hope, like water, is precious — and is most plentiful when sourced in diversity.
​
Passover begins on April 20. At our seder tables, we’ll tell the story of the Israelites' hasty flight from Mitzrayim, the narrow land of their confinement. In our story, the walls of water part and the Israelites cross the Red Sea to freedom. The Rio Grande was a narrow trickle in a concrete ditch beneath the bridge on which I stood. I took a deep breath. Achingly conscious of my privilege to do so, I stepped back from the grating. I turned away and started to walk towards the customs building, where my U.S. passport would speed me through. And as I walked, I prayed, with all my heart, that our walls will part, and that like water, hope will flow back through them.

Clergy Members Call on ICE to be Defunded

The Social Action Committee is looking for members to engage with the community-at-large in the Greater Merrimack Valley and Southern New Hampshire area.  Actions might include broader involvement in interfaith community concerns, support for diversity groups across the spectrum of age, faith, gender, and income, involvement with local environmental issues, assisting neighbors who struggle with food insecurity, or support for immigrants living and working in the region.

While there is much that we could do, as a new committee, our first steps will be to establish focus and proceed.

If you wish to be active in Social Action, we ask that you register to receive emails on this website http://bit.ly/2tmlMRM . Once registered, you will receive a welcome note from David Belsky. 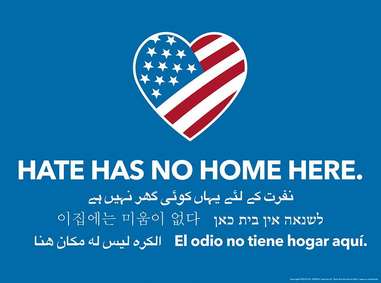 ​America has always been a nation of immigrants—immigrants escaping tyranny and oppression, immigrants in search of education, immigrants seeking the satisfaction and reward of a hard day’s work, and immigrants praying to raise their children in a better place. Jewish immigrants have, throughout our history, aspired to these same goals and made these same journeys. As Americans, we serve as a beacon to the world, gathering in those who share our commitment to freedom and justice. On occasion, however, we stray from our values and must reaffirm our great purpose. This is one of those times. Certainly, our nation has the right to secure its borders and bar from entering those who would do us ill, but we must remind ourselves that, like our own families, the vast majority of immigrants come to these shores simply to make a better life. For this reason, Temple Emanu-El in Haverhill offers its support to the immigrant community of the Merrimack Valley.

We have the utmost respect for the law enforcement officers of our immigration services. We are grateful for their efforts to safeguard us from real and serious threats to our nation. We believe, however, that the current policy of aggressive enforcement is in conflict with our Jewish and American values. We believe that separating families and disrupting the lives of immigrants who have committed no other crime than their mere presence here is unjust and misguided. This policy weakens the fabric of our nation and diminishes our leadership in the world. We urge our government to moderate it and focus enforcement more carefully on those who legitimately threaten our well-being. Hardworking immigrants who pay taxes and contribute to society do not threaten us—they enrich us. Young students pursuing their dreams do not threaten us—they honor us. We cannot, and will not, turn our backs on them.

Circumstances do not permit us to offer refuge directly to those in need, but we stand with the institutions in our community who can do so. We pledge our support to help feed, clothe, educate, and comfort immigrants in their care. We will support their legal defense and we will bear witness when necessary so their plights will not go unnoticed.

Our tradition commands and compels us to heal the world in whatever ways we can. We have been taught that God defends the cause of the fatherless and the widow, and loves the stranger, giving him food and clothing. We have been taught that we too are to love those who are strangers, for we were strangers in Egypt. As a sacred community, we embrace these responsibilities anew.
​
The Board of Directors of Temple Emanu-El, Haverhill, Massachusetts, June 21, 2017

Here's how you can help with Social Action: