HaSifriyah is a warm and inviting place for members to meet and relax.  Our collection of over three thousand titles contains books, music and videos covering all aspects of Jewish thought – religion, philosophy, fiction, biography, history and more – for children, teens and adults. Most materials are available for checkout by Temple members. If HaSifriyah is not staffed during your visit, please sign out your items on the check-out sheet located on the circulation desk.

Please contact Paula Breger at Library@TempleEmanu-El.org with any questions about HaSifriyah or its programs.

HaSifriyah is an Amazon Associate!

Shop online and earn money for
HaSifriyah, the Jewish Community Library.
Just click on the link below.

Temple Emanu-El is a participant in the Amazon Services LLC Associates Program,
​an affiliate advertising program designed to provide a means for sites ​to earn advertising fees by advertising and linking to Amazon.com. 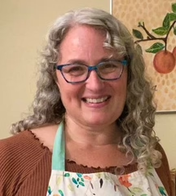 The library sponsors our Temple Book Club, which meets several times per year to discuss both fiction and nonfiction titles of Jewish interest. Please join us whether or not you have had a chance to read the book—or whether or not you like it!

​The following dates have been scheduled:


Past Book Club discussions:
November 2019--The Women in the Castle, by Jessica Shattuck
October 2019--Judas, by Amos Oz.
March 2019--Those Who Save Us, by Jenna Blum
January 2019--Dinner at the Center of the Earth, by Nathan Englander
December 2018--Letters to My Palestinian Neighbor, by Yossi Klein Halevi
​September 2018--The Weight of Ink, by Rachel Kadish
April 2018--Nine Folds Make a Paper Swan, by Ruth Gilligan
February 2018—"Hayuta's Engagement Party," by Savyon Liebrecht, and "The Name," by Aharon Megged
January 2018--Among the Reeds, by Dr. Tammy Bottner
December 2017--Homesick, by Eshkol Nevo
November 2017--Fugitive Pieces, by Anne Michaels
April 2017--The Finkler Question, by Howard Jacobson
February 2017--Saving Sophie, by Ronald Balson
December 2016--The Boston Girl, by Anita Diamant
October 2016--A Guide for the Perplexed, by Dara Horn

HaSifriyah, working with the Chesed Committee, has created a grief resource area for families who have suffered a loss or are caring for a sick loved one. This area contains books, videos, and articles (for both adults and children) that might be useful in such difficult times. The resource area is located above the magazines in the main room of the library. If you need any assistance, or have any suggestions for additional resources, please contact Paula Breger at library@TempleEmanu-El.org.

Nonfiction
The Book Smugglers: Partisans, Poets, and the Race to Save Jewish Treasures from the Nazis, by David E. Fishman
The First Love Story: A Journey Through the Tangled Lives of Adam and Eve, by Bruce Feiler
In Jerusalem: Three Generations of an Israeli Family and a Palestinian Family, by Lis Harris
Man’s Search for Meaning, by Viktor E. Frankl
The Rise and Fall of Adam and Eve, by Stephen Greenblatt

Fiction
Heretics, by Leonardo Padura
Jewish Stories from the Old World to the New, KCRW FM (CD story collection)
The Women in the Castle, by Jessica Shattuck

Children’s Books
Apple Days: A Rosh Hashanah Story, by Allison Sarnoff Soffer
Sadie, Ori, and Nuggles Go to Camp, by Jamie Korngold
Sara Finds a Mitzva, by Rebeka Simhaee
The Shabbat Box, by Lesley Simpson
A Watermelon in the Sukkah, by Sylvia Rouss and Shannan Rouss

Interested in English translations of the Tanakh, Talmud, and other Jewish writings? Visit the Sefaria library at www.sefaria.org/texts. Sefaria is a nonprofit organization assembling a free library of Jewish texts, in Hebrew and in translation. 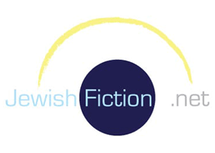 Check out www.JewishFiction.net, an online journal which publishes contemporary Jewish fiction either written in, or translated into, English. The current issue contains twenty-four works originally written in Italian, Hungarian, Russian, Spanish, Hebrew, and English, including three stories set during Rosh Hashanah. JewishFiction.net is a great resource for learning about new authors and the variety of Jewish world cultures.