Cantor Vera Broekhuysen has served as cantor at Temple Emanu-El of Haverhill, Massachusetts, since June of 2016 and is delighted to begin serving the Temple as its spiritual leader in July of 2018.

As an educator, Cantor Broekhuysen brings guitar and drum into the classroom to infuse Hebrew language learning with music. Cantor Broekhuysen is also passionate about the beauty and vocal connectivity of early music and folksong and brings her experiences with Village Harmony (Vermont, international tours in the Caucasus Republic of Georgia) and Studio Sixteen (Toronto) to her cantorial work.

Cantor Broekhuysen deeply values opportunities to pursue both spiritual enrichment and social justice in interfaith environments. She is a member of the Greater Haverhill Clergy Association and a founding member of the Merrimack Valley Sanctuary Network, which came together in the spring of 2017. While in cantorial school, Cantor Broekhuysen led an interfaith, cross-campus singing group (through the Center for Inter-Religious & Communal Leadership Education at both Hebrew College and Andover Newton Theological Seminary) and co-created a series of events and workshops exploring the female voice in relationship to text and spiritual authority within Judaism and Islam.

Cantor Broekhuysen is a member of the New England Board of Cantors, where she currently serves as secretary. In March of 2018, she helped organize, and performed in, “From Out of the Storm: Cantors Respond to Devastation,” a successful benefit concert on behalf of the Jewish communities in Puerto Rico and the Virgin Islands who were impacted by Hurricanes Maria and Jose. This event was cosponsored by Temple Beth Zion of Brookline, MA.

Cantor Broekhuysen completed her undergraduate studies in music history and theory at the University of Toronto and was ordained by Hebrew College in June of 2016, when she also earned her Masters Degree in Jewish Education. She lives in North Andover, Massachusetts, with her husband and two sons.

Rabbi Ira L. Korinow has served as spiritual leader of Temple Emanu-El since September 1981. A native of Newton, Massachusetts, he received his Bachelor of Arts in Religion magna cum laude from Boston University and continued his studies at the Rabbinic School of Hebrew Union College-Jewish Institute of Religion in New York where he received his Master of Arts in Hebrew Literature in 1976 and was ordained a rabbi in 1978. In 2003, Rabbi Korinow was awarded the honorary Doctor of Divinity degree by his rabbinical school in New York. Prior to joining Temple Emanu-El, Rabbi Korinow served congregations in Glencoe, Illinois, and Laconia, New Hampshire.

Rabbi Korinow is a past president of the Massachusetts Board of Rabbis, which is the organizational body of all (Reform, Conservative, Reconstructionist, and Orthodox) rabbis in the Commonwealth. In 1996, as president, Rabbi Korinow traveled with several Catholic and Protestant clergymen and community leaders to visit and bring aid to burned churches in the south. He is a member of the Central Conference of American Rabbis (CCAR), the organizational body of Reform rabbis in North America, and served a two-year term on its National Board of Trustees from 1999-2001. For several years, he was also an associate member of the Rabbinical Assembly, the organizational body of Conservative rabbis in North America. Rabbi Korinow is a past president of both the Northeast Region of the CCAR and the Greater Haverhill Clergy Association. He also served as chaplain of the Haverhill Police Department from 1995-2002. Rabbi Korinow has served on the Executive Board of Action for Soviet Jewry in Waltham, Massachusetts, and on the Board of Directors of the National Conference for Soviet Jewry in New York. Rabbi Korinow was also co-chairman of the Rabbinic Action Committee of the Union of Councils for Soviet Jews in Washington, D.C., which he represented at a private meeting with President Ronald Reagan in the Oval Office in March 1985. To keep the plight of Soviet Jews in the public eye, Rabbi Korinow was arrested in an act of civil disobedience while protesting in front of the Soviet Embassy in Washington in October of the same year.

In 1994, Rabbi Korinow participated in a peace mission with other rabbis meeting with political, academic, and business leaders in Israel, Jordan, and Egypt. He is a member of the National Rabbinic Cabinet of the Jewish Federations of North America, working for the humanitarian needs of people around the world. In November 2007, Rabbi Korinow participated with the Rabbinic Cabinet of the JFNA on a special mission to New Orleans where he helped rebuild a home damaged by Hurricane Katrina.

Rabbi Korinow was the prime organizer and serves as the current chairman of the Greater Haverhill Civil Rights Commission, which he began in response to the appearance of the Ku Klux Klan in Haverhill and surrounding communities in 1990. In 1993, he received the B'nai B'rith Award in Haverhill. In recognition of his work in the area of civil rights, Rabbi Korinow was presented the Liberty Bell Award by the Haverhill Bar Association in 1999. Rabbi Korinow was also a recipient of the 2005 Distinguished Citizen Award presented by the Yankee Clipper Council of the Boy Scouts of America.

The Rabbi and his wife, Gail z"l, received the Spiritual Leadership Award from the Solomon Schechter Day School of the Merrimack Valley (later known as the Kadima Community Day School) in 1993 in recognition of the role that they played in helping to establish the first non-Orthodox Jewish day school in the Merrimack Valley. The Rabbi was also the recipient of the "Healer of the World" Award presented by the Kadima Community Day School in May 2008.

In January 2008, Rabbi Korinow was elected to the board of Friends Forever, a non-profit organization working out of Portsmouth, New Hampshire, which is dedicated to bringing Catholic and Protestant teens from Northern Ireland and Jewish and Arab teens from Israel to the United States where they engage in a program to help build trust and respect for each other.

In February 2008, Rabbi Korinow traveled to Israel and met with Arab Rotarians from Nazareth and the Arab village of Ein Mahil to help obtain sponsorship for the group of Israeli Jewish and Arab teens that visited here in the fall of that year.

In June of 2017, Rabbi Ira retired from Temple Emanu-El after serving us and the community for 36 years. We celebrated his retirement with a wonderful gala!
Lisa Anthony
Executive Administrator
​Office@TempleEmanu-El.org

Lisa joined Temple Emanu-El in May 2022 as the executive administrator and is responsible for the day-to-day operations of the temple. Lisa has a financial services background as a first-line manager with over thirty years’ experience and was previously employed at the Bank of New York Mellon in Everett, Massachusetts. After a 2019 restructure that affected Lisa’s role within the organization, she spent the next few years exploring career opportunities outside of the financial industry where she could use her skills and talents and was very happy to find employment at Temple Emanu-El. Lisa appreciates new challenges and a constant learning environment and enjoys engaging with people. In her personal time, Lisa enjoys spending time with her family, singing for her church’s music ministry; she is passionate about cooking and entertaining. Lisa looks forward to the days ahead at Temple Emanu-El is excited to meet the temple community. 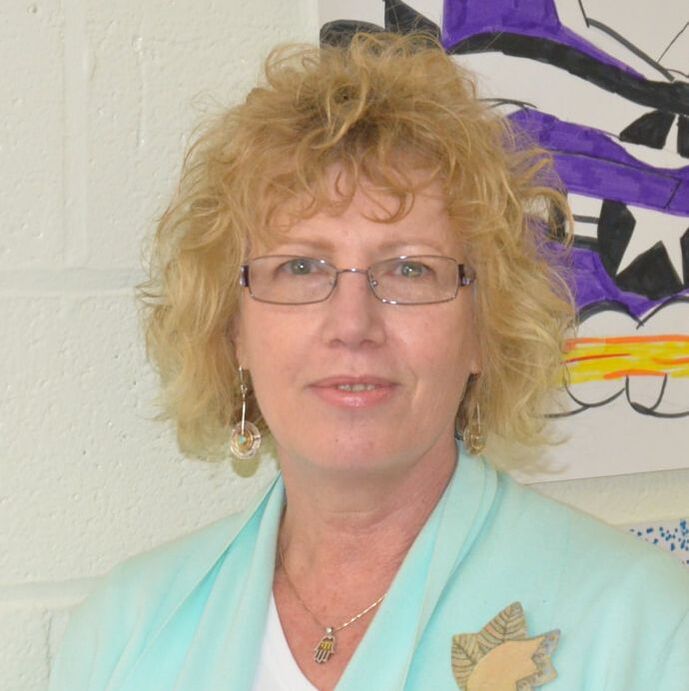 ​​Lynn Dreyfuss Martin, a past president of Temple Emanu-El,  has been a member of since 1995. Lynn took over the role of Religious School Administrative Assistant in the summer of 2020.