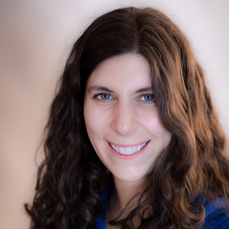 As we begin the new month of February with Refugee Shabbat this Friday evening, I am thinking about freedom of movement. A person’s ability to live where they are free and safe is a human right. And a person’s ability to move freely between places—towns, cities, states, nations—lets them exercise that right.

Movement is central to the Jewish story. The Exodus narrative, which we read from Torah this month, plunges us back into the dehumanizing conditions of enslavement and restricted movement. When God tells Moshe and Aharon to tell Pharaoh to “let my people go, that they might serve Me” (Sh’mot 10:3), we understand both that the practice of Jewish religion is crucial to the Israelites’ identity and that the ability to move and migrate freely is crucial to their humanity. In order to be free to be ourselves, we need to be free to live where we can be ourselves.

This full freedom has often been denied us. The Spanish Inquisition expelled fifteenth-century Jews from Spain and Portugal; those who remained faced conversion or death. The first Jewish ghetto, established in the sixteenth century, was a little island in Venice. In Russia, Jews were restricted to living only in the Pale of Settlement from 1825 to 1917. Temple member Nellie Goodkin remembers that her father, Iosif Nisengolts z”l, was the first mem-ber of his family to move when that law was abolished, from his hometown in Ukraine, Kamenetts-Podolsk, to Moscow. The concentration camps of the Third Reich remain history’s most brutal examples of Jews restricted and trapped.

In America, Jews have experienced silent limitations to freedom of movement, through a cold shoulder in a neighborhood, through applications for work or school or mortgages denied with no cause given, or through US immigration laws that kept the door closed to refugees from the Sho’ah. And we’ve experienced them openly: quotas on Jews in institutions of higher learning, signs on places of business denying Jews and Black people entry in the same breath as “no dogs.” Jews are “ha’Ivrim,” the people who cross over—but there have been significant barriers.

American history is flush with examples of mobility restrictions for many peoples. Slavery is the first example but not the last. Michelle Alexander (The New Jim Crow) and others have described the modern prison system as slavery’s heir. Pastor Kenneth Young spoke powerfully at our MLK Shabbat service last month about the history of redlining (banks quietly denying mortgages to people of color in certain areas of cities and towns) right here in Haverhill. Calvary Baptist Church and Temple Emanu-El both sit in areas once designated as risky investments. The American history of redlining continues to impact contemporary Black home ownership and ability to build generational wealth. Japanese internment camps during WWII redound to America's shame and have yet to be properly reckoned with. Currently, huge numbers of people in our country live in states where they cannot access the critical healthcare they need (such as reproductive care and gender-affirming care) and other services. Housing costs in states offering those services are prohibitive, trapping people in need inside state lines. And too many refugees and asylum seekers flee instability and danger only to be turned away at or within our country’s borders. Migrants are expelled from our southern border without even the opportunity to file asylum claims through the use of Title 42, initially an emergency COVID measure. A new proposed policy would expel migrants who had passed through a third country on their way to the USA, such as Mexico, without seeking asylum there. These restrictions on movement fall hardest on the poorest, most vulnerable people trying to seek safety here. Prejudice, cost, and policy can be walls as insurmountable as steel and wire.

Movement doesn’t guarantee safety. The residents of Dnipro, Ukraine, were shocked mid-January by a missile attack on an apartment building that killed more than forty-four people, several of them children. Many had moved to Dnipro as a safe haven, fleeing other areas of Ukraine that had seen more active fighting. As global warming’s effects proliferate, climate refugees may flee one uninhabitable climate only to experience destabilizing climate change again in their next home. This is another kind of attack on freedom of movement, when war or threat makes every place within reach feel unsafe, and every move, futile.

But controlling one’s own movement, even in the context of danger, lets people feel that they are full human beings. At the J Street conference I attended in December, several Palestinian panelists unable to move freely in and out of Palestinian territory spoke with frustration about the economic drawbacks for their businesses and ventures, and the sense of deep impotence and despair. An environmental activist said that when “you live in a place like Gaza where you can’t leave, you can’t see the world or be seen by the world.” A female entrepreneur reminded us that Palestinians are the largest population in the world without a state or a passport. A resident of Gaza needs four documents in order to leave: one permit from Israel, one from the Palestinian Authority, one from Hamas, and one non-objection from Jordan. Only two percent of all Palestinians left Gaza the year the entrepreneur was finally able to accept an international prize in person. Without autonomy of movement, it’s hard to hope for better than what you have, and hard to feel that you have the power to make change.

I grew up in a family where I was lucky enough to travel: to see the world and be seen by the world. Our community resides in a country and a moment when we are blessed to be at peace from external threats on American soil, when and where as Jews we can work and study and live and pray where we desire, and live open Jewish lives. If we don’t like where we live, and we can afford to, we can move.

Movement affirms humanity. Movement creates hope. As currents of air and water flow around us this February, and sap leaps up under the bark of the maple trees, I pray that we will be able to support access to movement for vulnerable people in and to our country, and all over our world.
Chodesh tov,
​Cantor Vera